A Platform for Good

Careers Join the People behind the Posters

New to Out of Home?

Out of Home Research & Insight

Why Out of Home?

Retail Occasions Are you planning around key retail moments?

Get in Touch
Back to South West

Situated in the South West of England, Wiltshire is a historic county with a population of around 720,000. The county is made up of several charming towns and cities including Salisbury, Warminster and Swindon in addition to lots of open green space and countryside. The local economy relies on jobs in manufacturing, public administration and defence with a high percentage of the local population being employed in these industries.

Home to the world-famous UNESCO World Heritage Site, Stonehenge, Wiltshire has a whole host of historical sites and attractions to visit in addition to the quaint Wiltshire countryside. Notable landmarks and areas of interest include Longleat, Stourhead Gardens and Salisbury Cathedral. There are many historic buildings, castles, museums and galleries for visitors to explore in the area. The county is home to an array of quality food and drink establishments as well as unique vineyards and breweries.

Wiltshire has a range of shopping experiences for visitors to enjoy, including independent retailers and specialist shops in addition to shopping centres such as the McArthurGlen Designer Outlet in Swindon. The area is also known for its markets which range from indoor and outdoor markets to farmers', artisan and international markets. Wiltshire is host to several local festivals, shows, fairs and concerts throughout the year, making it a lively place to be all year round. The county is one of the few remaining English counties without a university or university college.

Wiltshire is a charming and lively county that offers businesses a fantastic opportunity to advertise in the South West.

Across the busiest parts of the county including Swindon and Salisbury

While the campaign was live, we felt that there was definitely an increase in footfall coming through our doors and we’ve had people coming to us saying that they had seen us on the bus stops. 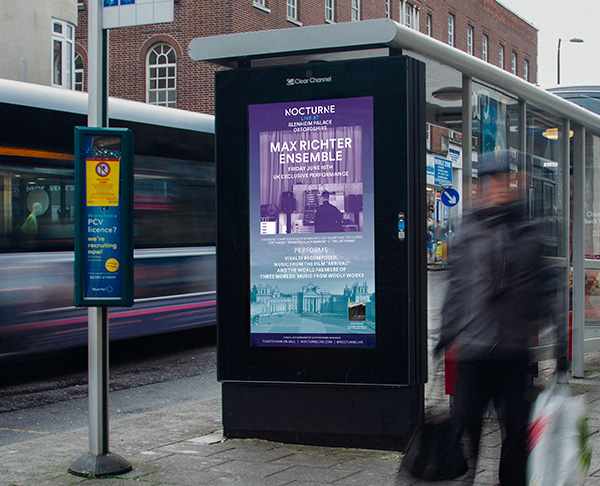 Connecting with customers in Exeter

If you're looking for ways to connect with your customers in Wiltshire, we can help. At Clear Channel, we operate over 400 outdoor advertising sites across the busiest parts of the county including Swindon and Salisbury. Whether you're a small business that's looking to get your name out there or an established business that's launching a new campaign, we're positive we have the right solution for you.

We have a range of products to suit your needs, including classic billboards, bus shelters, and digital screens across key leisure and entertainment spots such as pubs, bars and supermarkets plus many more. All of our advertising sites are tracked, meaning you'll have precise and accurate data on how many people have seen your adverts.

In Swindon, our out-of-home advertising covers high traffic roads such as Great Western Way, Regents Circus and Magic Roundabout. In Salisbury, we have large scale classic billboards along Salisbury Road, Wilton Road and Southampton Road, meaning you can make a big impact with commuters at all times of the day. If you're looking to reach shoppers at the point of purchase, we have digital screens at some of the biggest supermarkets in the area including Asda and Sainsbury's.

Our account team in Wiltshire will work with you to identify strategic locations and build a campaign for you that will reach your target audience most effectively. Clear Channel advertising is a trustworthy service that you can rely on.

In Wiltshire, we're proud to have supported Cambria Automobiles and The Salisbury Arts Theatre. If you'd like to put your business on the map in Wiltshire, get in touch to see how Clear Channel can help you achieve your advertising objectives.

Looking to discuss outdoor advertising in your local area? Please give us a call or fill in our form and we will get back to you shortly.

Thank you for your email.

If your submission requires a response, a member of our team will be in touch shortly.