A Platform for Good

Careers Join the People behind the Posters

New to Out of Home?

Out of Home Research & Insight

Why Out of Home?

Retail Occasions Are you planning around key retail moments? 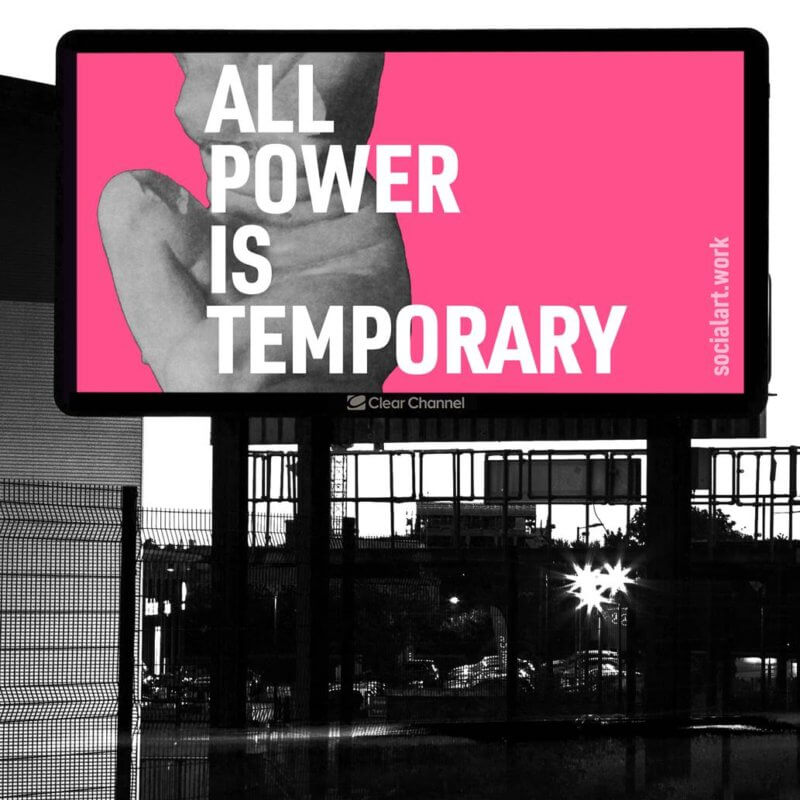 Clear Channel have partnered with artist Martin Firrell, to display his new public artworks that explore the idea of power and gender.

Artist Martin Firrell has partnered with Out of Home media owner Clear Channel UK, to display a series of his new public artworks that explore the idea of power and gender. The project includes perspectives from women and men on the understanding and experience of men and women in power.

Do women understand, hold and use power differently from men?

What can be learned from the experiences of women in positions of power that might contribute to a happier and more benign use of power in society?

Martin Firrell explores these questions in 12 digital billboards with the participation of:

WOMEN MAKE UP HALF THE POPULATION: 50% OF THE TIME THE RIGHT PERSON FOR THE JOB MUST BE A WOMAN

WHEN MEN HOLD POWER THEY ABUSE IT

Clear Channel will be displaying Martin Firrell’s ‘Power and Gender’ artwork across their digital Out of Home network nationwide from 21st January through to 8th March. Running across Storm, Adshel Live, and Wrap sites, the project also aims to show how the power of Out of Home can be used to drive public discourse and positive social change.

Martin Firrell says of the project: “I believe men and woman regard power differently and I want to ‘open up the layers of that difference’ in front of the public. My residency with Clear Channel makes that possible. If you can create debate, eventually change will follow.”

Martin Firrell is a French public artist who stimulates debate in public space to promote positive social change. His work has been summarised as ‘art as debate’. Working as Clear Channel’s Artist in Residence, this first project entitled “Power And Gender” is the first part of socialart.work, a mass public art project looking at women’s equality and masculinity, alternative forms of economic and social organisation, black power, and solidarity between people from different backgrounds and ethnicities.