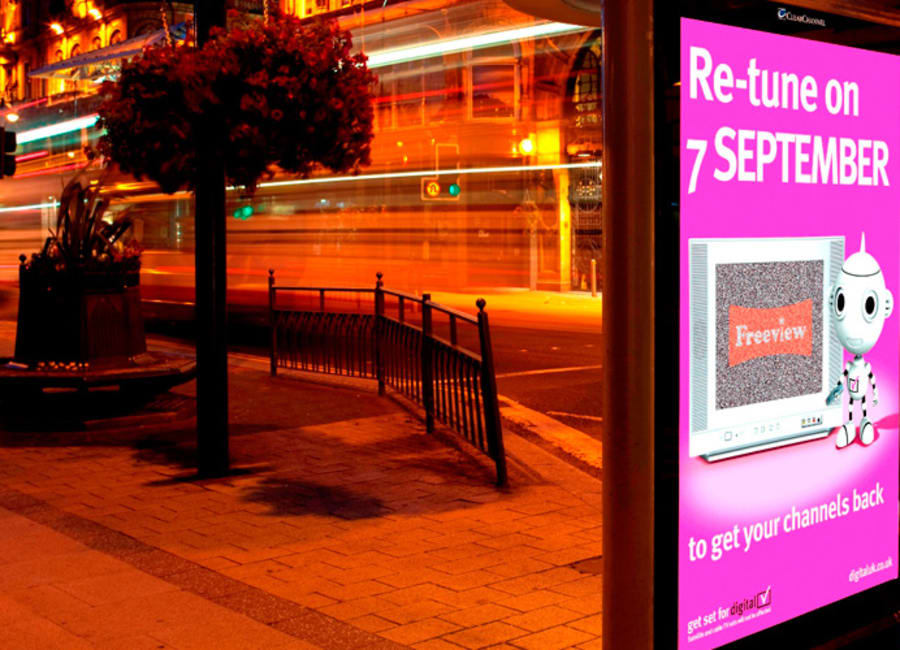 'Yorkshire' for Digital UK by MediaCom

Facing the enormous challenge of raising awareness of the digital switchover amongst a hard-to-reach Yorkshire audience, Digital UK integrated Out of Home (OOH) in a multimedia campaign to ‘leave no one behind’ during this monumental public infrastructure change.

Micro-regional TV, alongside an OOH campaign planned by postal sector in order to target the correct transmission areas, were instrumental in delivering date awareness messaging. Other touchpoints such as press, radio and door drops played a supporting role, conveying more complicated messaging. A variety of OOH formats were used, with 6 Sheets, 48 Sheets and 96 Sheets providing blanket coverage, while posters in trusted environments such as doctors’ surgeries, bus interiors and post offices served to convince the ‘traditionalist’ audience of the need to switch over.

The results were outstanding with Yorkshire far exceeding awareness targets at all critical points and crucially achieving fantastic results amongst the ‘traditionalist’ audience. 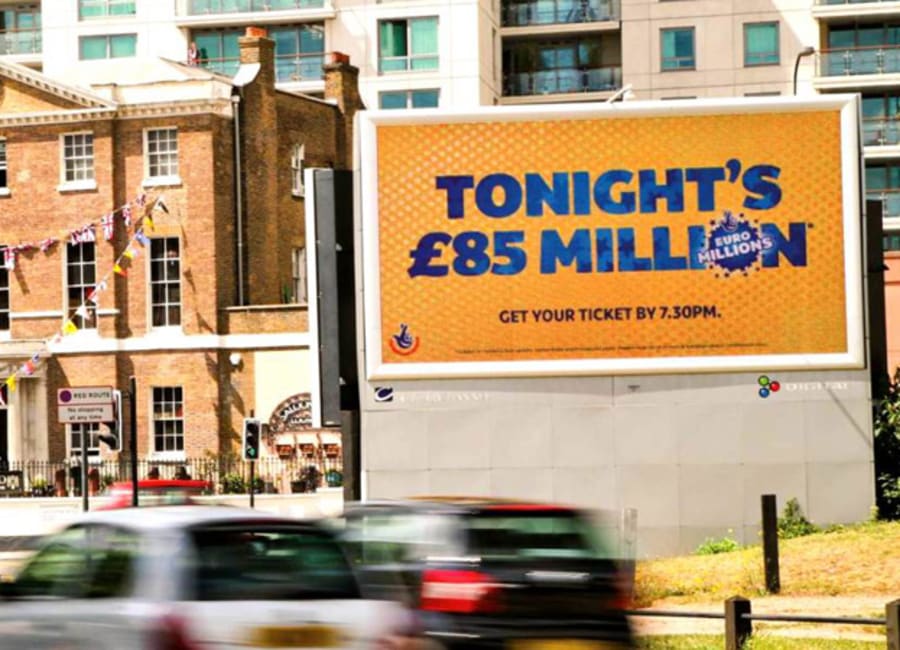 Best use of digital in outdoor

Already a big supporter of digital Out of Home, The National Lottery needed a refined media strategy that could cope with the pace, unpredictability, and complexity of the business, allowing high impact communications to be brought to market at less than 24 hours’ notice, and in proximity to the 7pm ticket sales shutdown.The strategy demonstrated a clear understanding of the ways in which OOH screens are consumed depending on the environment, mindset and technology.

Multiple copy changes were used according to day, jackpot amount, and whether the messages were being consumed by commuters or were more retail focused. From specific 24 and 48 hour plans which could be turned on and off precisely, to larger scale digital campaigns to support ‘mega jackpots’ and tailored Wednesday and Saturday rollover plans, planning of digital OOH evolved to create solid econometric models which helped to understand the trigger points at which it is efficient to turn OOH on, and at what weight.

To generate buzz around the launch of the Huffington Post in the UK and to recruit bloggers and journalists to the site, this campaign used digital OOH with a live Twitter feed as its centrepiece. The campaign idea ‘Blog All About It” was a perfect blend of old and new media. Positioned at railway stations, with up-to-the-minute headlines and the most recent ten Tweets, the posters would be amongst the first messages the targets would see each morning.  As well as press coverage and a number one trending on Twitter, the campaign generated visitor statistics beyond all expectations. 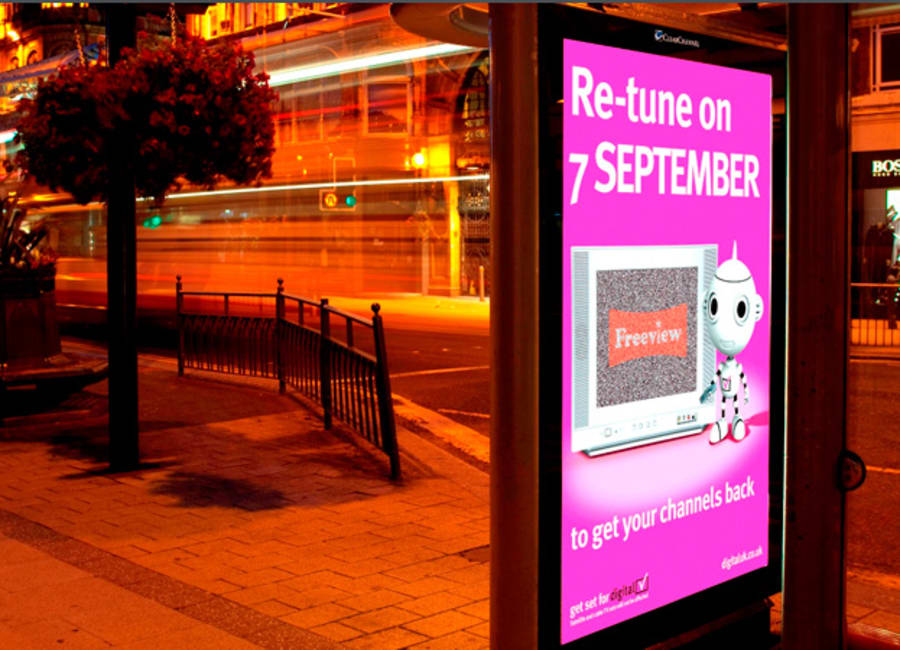 Best use of outdoor in a multimedia campaign

Facing the enormous challenge of raising awareness of the digital switchover amongst a hard-to-reach Yorkshire audience, Digital UK integrated Out of Home in a multimedia campaign to ‘leave no one behind’ during this monumental public infrastructure change.

Micro-regional TV, alongside an OOH campaign planned by postal sector in order to target the correct transmission areas, were instrumental in delivering date awareness messaging. Other touchpoints such as press, radio and door drops played a supporting role, conveying more complicated messaging. A variety of OOH formats were used, with 6 Sheets, 48 Sheets and 96 Sheets providing blanket coverage, while posters in trusted environments such as doctors’ surgeries, bus interiors and post offices served to convince the ‘traditionalist’ audience of the need to switch over.

This campaign demonstrated the power of OOH to make the crucial final push to purchase in a multi-media campaign.  Both timing and environment were critical to the success of the campaign, which was aimed at mothers looking for entertainment inspiration in the run-up to half term.  Following a phased TV and digital campaign, the powerful price drop message was revealed in a 6 Sheet campaign which ran in both shopping malls and on the high street.  Comparing sales figures to a previous TV-only campaign proved the effectiveness of OOH in driving results in a multi-media campaign. 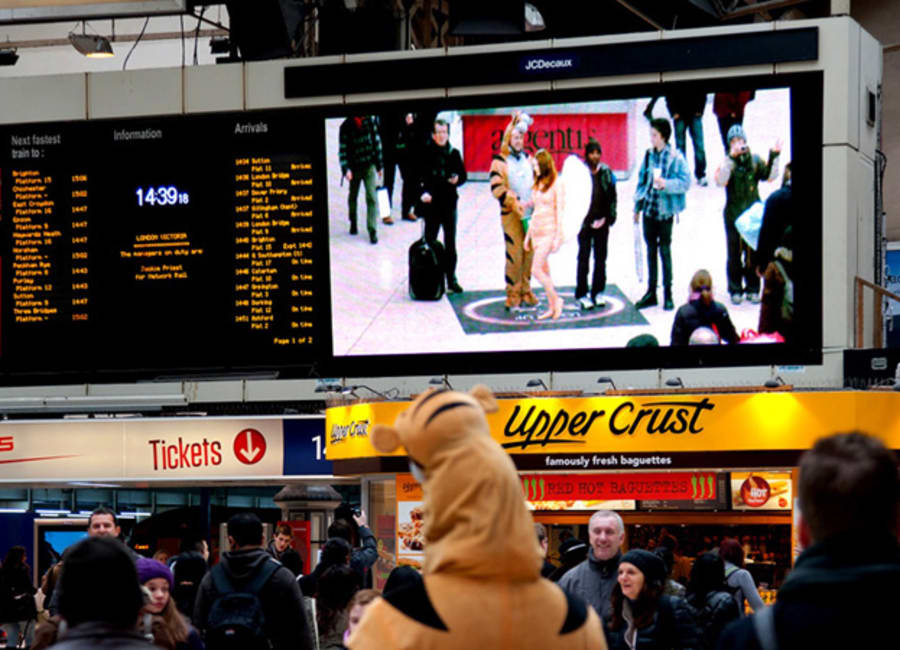 Best use of innovation in outdoor

To bring to life the effect of Lynx Excite, the fragrance so tempting ‘even angels will fall’, an augmented reality experience was created on two large digital screens across the country, blurring the boundaries of traditional forms of advertising.

When people stood on the ‘hot’ spot, and watched as angels plummeted from the sky – before flirting adoringly – a camera captured the action and broadcast it ‘live’ on to the screen. By combining live real-time action with green-screen footage using bespoke software integrated with site technology, participants were given a live, interactive and exciting experience.

The campaign was supported with proximity digital Out of Home and o2 proximity messaging. Live films of Lynx Angel encounters were posted on Lynx’s owned social channels for participants to ‘share’, turning this localised event into a global, interactive and engaging campaign.

The Lynx Angel Ambush campaign proved a success not only in terms of impacts and interactions for the campaign itself, but also at a global level: the concept has been replicated in seven other Lynx markets and copied by other brands worldwide.

To build brand equity and demonstrate a meaningful personality, the ESPN campaign gave consumers the opportunity to ‘miss nothing’ by engaging them pre, during and post big sporting events.  Social media assets were integrated with online and digital OOH to allow fans to share their opinions and keep abreast of news, including a real-time Twitter debate with Ray Stubbs and Kevin Keegan.  A range of sites was used to target sports fans when they were out and about including travel inventory, digital rail 6 Sheets and stand-out digital screens to form the largest ever interactive OOH campaign.  The success of the campaign was demonstrated through an increase in viewing figures, beating business targets, and a positive shift in key brand metrics. 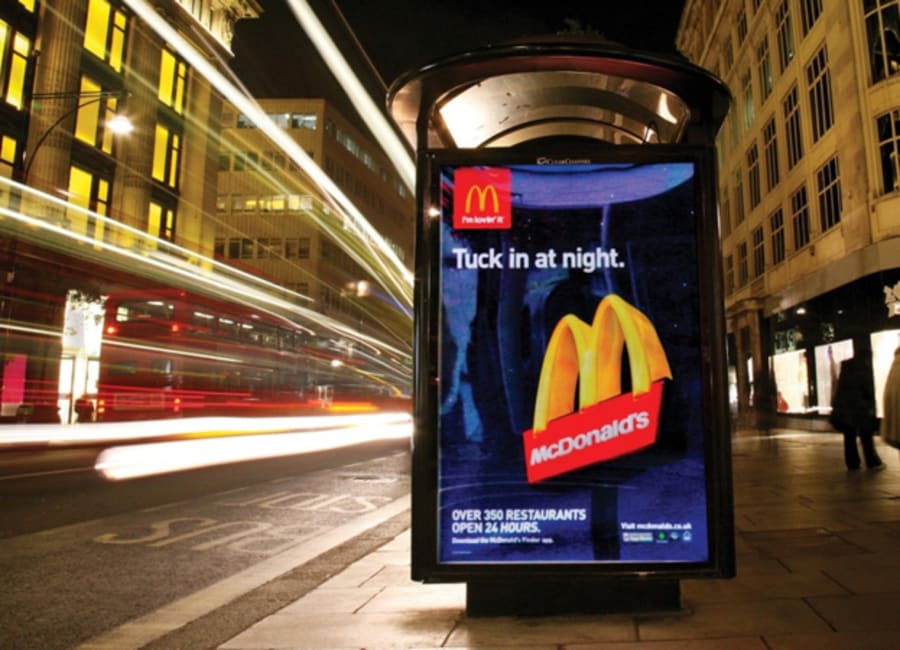 Best use of multiple formats in outdoor

Multiple Out of Home formats were central to McDonald’s ‘Extended Hours’ campaign, to drive awareness of late night opening, from 11pm to 6am, to selected stores. Key to the brief was driving footfall of the 2 million travellers who are out and about through the night.

The strategy identified key audience groups and habits and the campaign embedded the brand within the rituals of these groups, whether socialising, working or travelling. Multiple OOH formats were utilised to hit every available touchpoint in close proximity to specific extended hours restaurants, with ATMs, petrol nozzles and 6 Sheets identified as key formats. The creative directed consumers to use a mobile restaurant finder in order to drive them into late night restaurants, demonstrating the strong relationship between OOH and smartphone responses.

The campaign was a great success, delivering a huge uplift in traffic to the McDonald’s mobile store finder site. Most importantly it made a huge difference to sales between the hours of 11pm and 6am, delivering a solid and impressive ROI.

In order to effectively activate the Heineken Champions League sponsorship, this well-thought-out campaign recreated the excitement of Wembley Way, generating anticipation amongst the “men of the world” audience en route to the final.  From airport panels and London gateway sites, through to premium outdoor and underground and railway stations, each format was matched with an emotionally relevant creative.  Digital also featured, with a bespoke Heineken “Tweet Map” graphically illustrating Twitter traffic.  As a result of the OOH campaign, national brand saliency scores significantly increased, to deliver an ‘impactful and very impressive campaign. 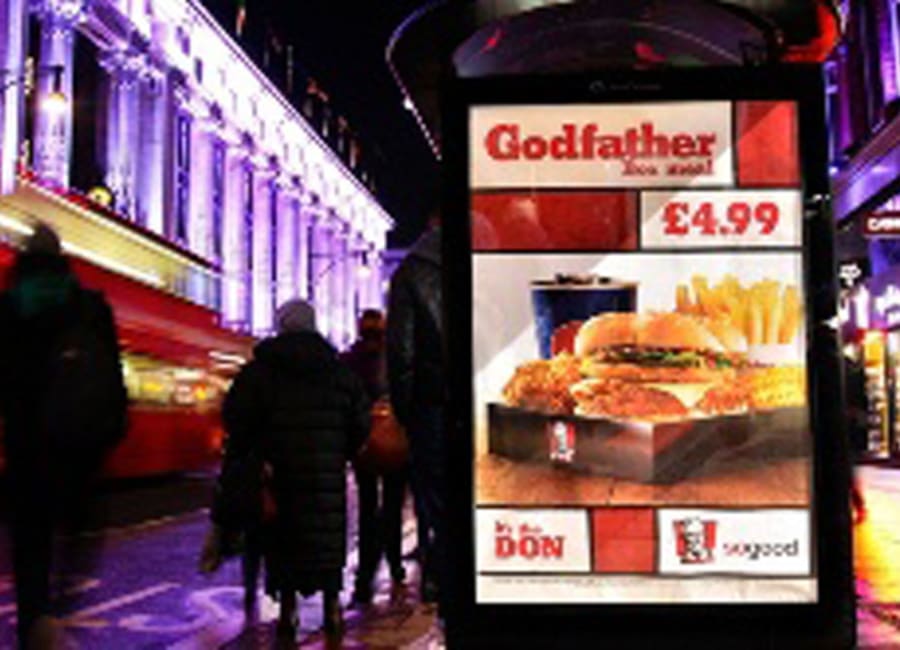 Best use of continuity in outdoor

A consistent user of Out of Home (OOH), KFC faced the challenge of increasing footfall and ultimately sales in an intensely competitive fast food market, while delivering efficient ROI. The strategy identified key audiences to target with OOH – young, mobile, impulsive urbanites.

The campaign had to incite temptation, inform the audience of new products, act as a positive brand reminder in a cluttered landscape and ultimately use OOH to drive impulse purchases. To do this KFC used a two-pronged strategy. The first part consisted of a continuous phone box proximity presence, while the second part consisted of two week bursts providing support for new product launches. Advance planning was effectively utilised to secure the optimum sites and best value.

Already firm believers in the power of OOH, BskyB streamlined their long-term holding to create continued dialogue with their customers.  Distribution was reconfigured to reach target customers such as those in broadband capable areas.  To capitalise on the scheduling and dynamic capabilities of digital formats, copy was rotated to show broadband content and programming messages at different times of the day.  The campaign successfully delivered on its initial objective of reducing churn rate in difficult economic conditions.